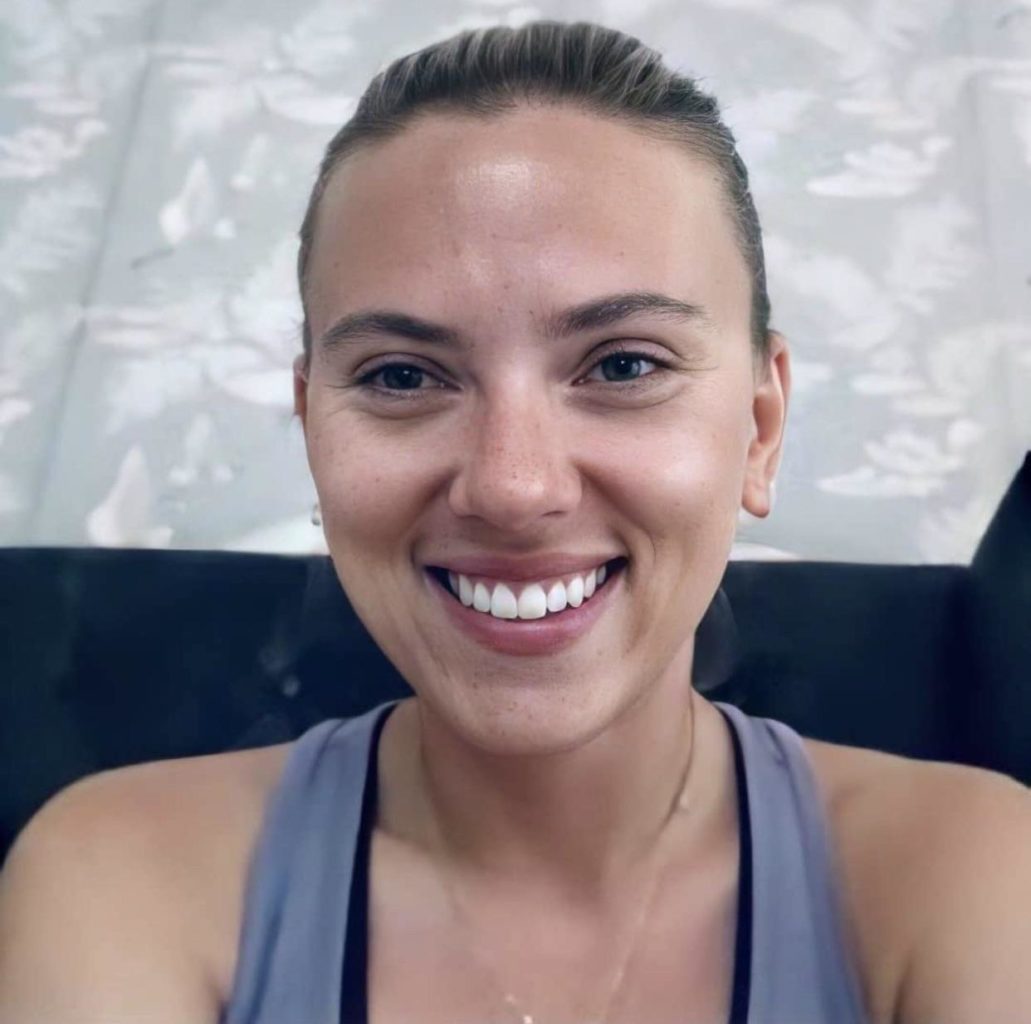 Scarlett Johansson was one of the world’s highest-paid actresses during 2018 and 2019 because of her natural beauty. And you will be surprised to know that she went makeup-less in many movies. Her fans love watching her movies irrespective of her makeup and it is evident from the dollars her movies grossed at the box office. Her movies made $14.3 billion worldwide.

At the time of taking the picture, Scarlett Johansson was shooting for Avengers. She essayed the role of a highly trained spy working for S.H.I.E.L.D. The picture was taken during a break as is evident from the smile on her makeup-less face. … Find more