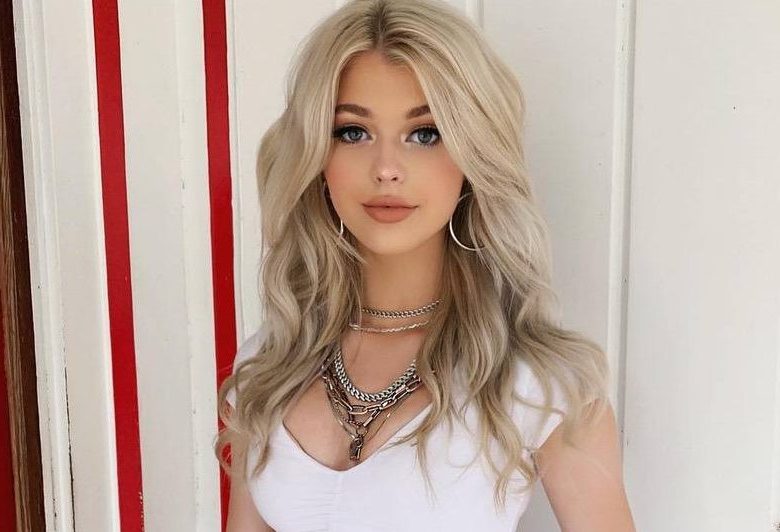 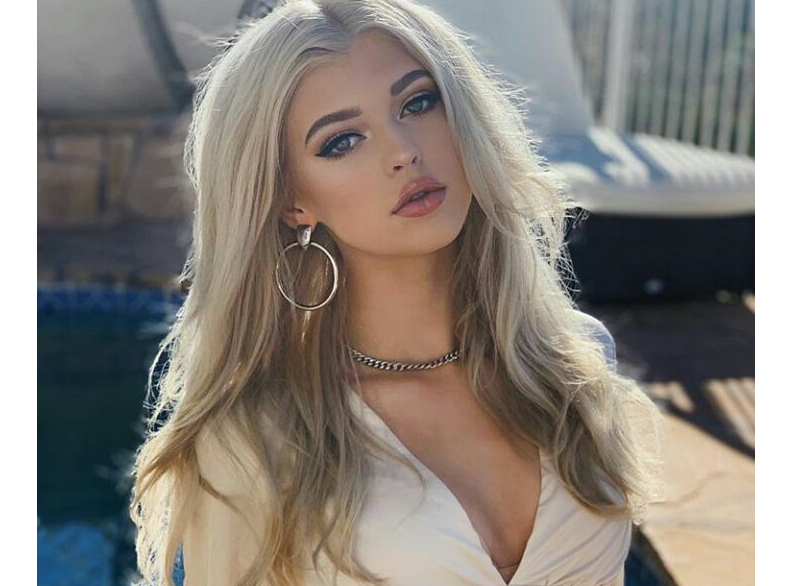 According to Forbes, Loren … Find more 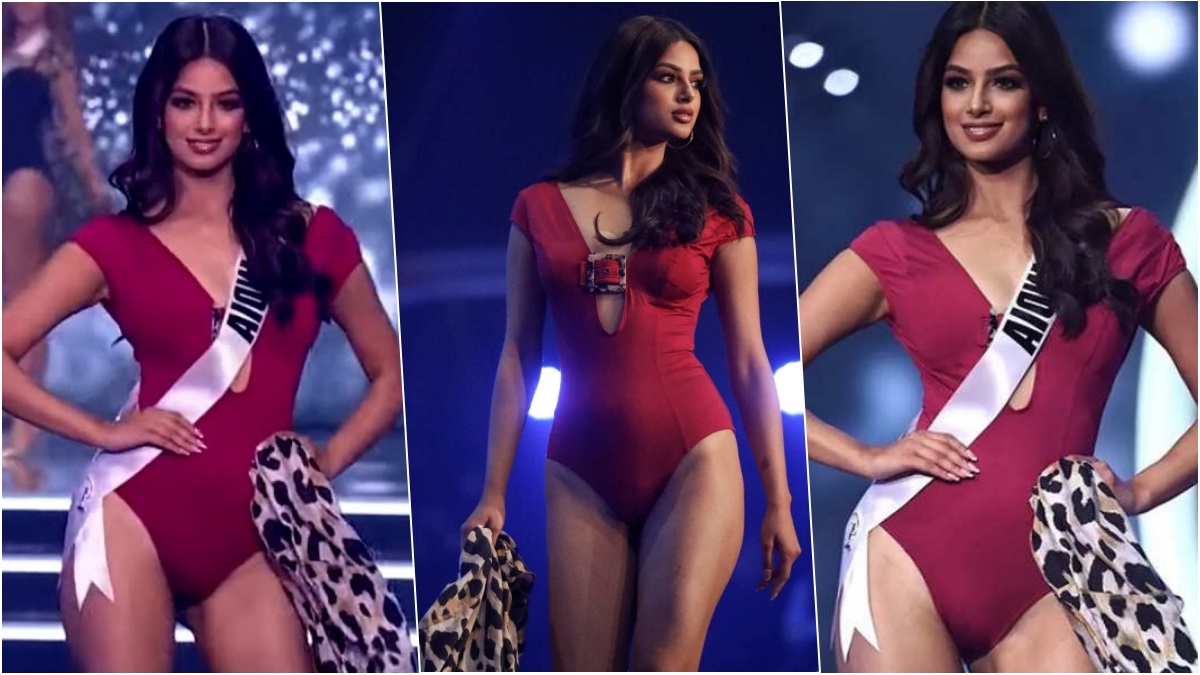 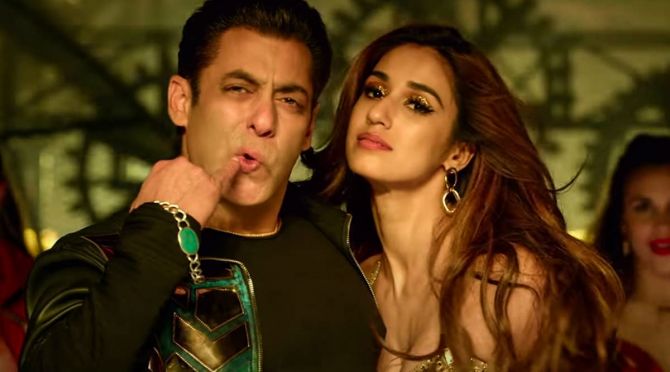 Queen Letizia is a perfect modern avatar of royal beauty & makeup. This Spanish beauty even leaves Hollywood divas far behind in fashion, fitness, and modernity. She’s 48 and a mother of 2 but she looks much younger than she is.

This Spanish princess dazzles the world with her long brunette hair. And she likes variety in hairstyles. She wears different hairstyles and keeps changing her haircuts to suit her dresses. For example, she loves straight and open haircut most but she’s often seen in curly hair at some evening parties.

While the princess has a colorful wardrobe with dresses of different colors for different occasions, she uses black and white more than often. It seems that B/W are her signature colors. She loves brands as well. The princess had her wedding gown woven with silk. It features high collars and laces. But she is usually spotted in knee-length black … Find more 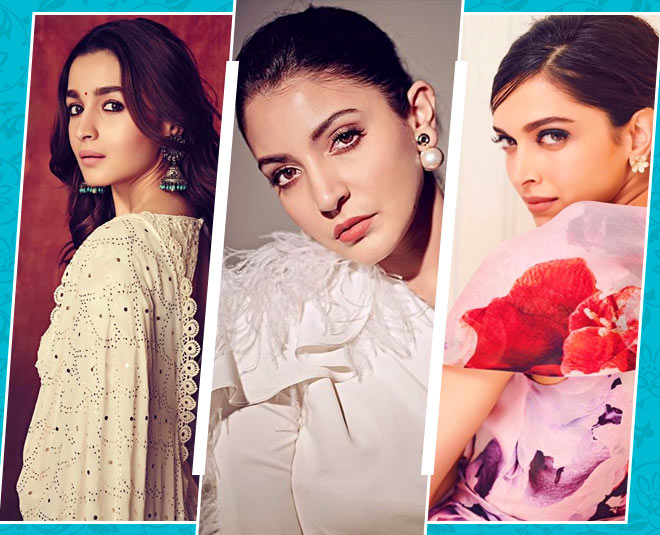 Summer makeup is a challenge even for Bollywood divas and models. But these celebrities know how to keep improve look without worrying about hot summer days. No doubt that your makeup should be in a lighter shade and tone, but you need to learn celeb-inspired summer makeup tips.

This young and talented actress doesn’t need makeup to improve her looks as evident from her latest picture with nude makeup. She skipped foundation and used a bb cream instead. Also, she wore simply mascara instead of eyeliners and kajal. The pink shade of her lipstick is also on the minimal side. But you can try the peach palette instead.

Putting several layers on your face in summers isn’t advisable but you can go out with nicely contoured cheeks. And this effortless look can be created with a foundation and a contouring cream or powder. You can try a brown-toned nude shade… Find more 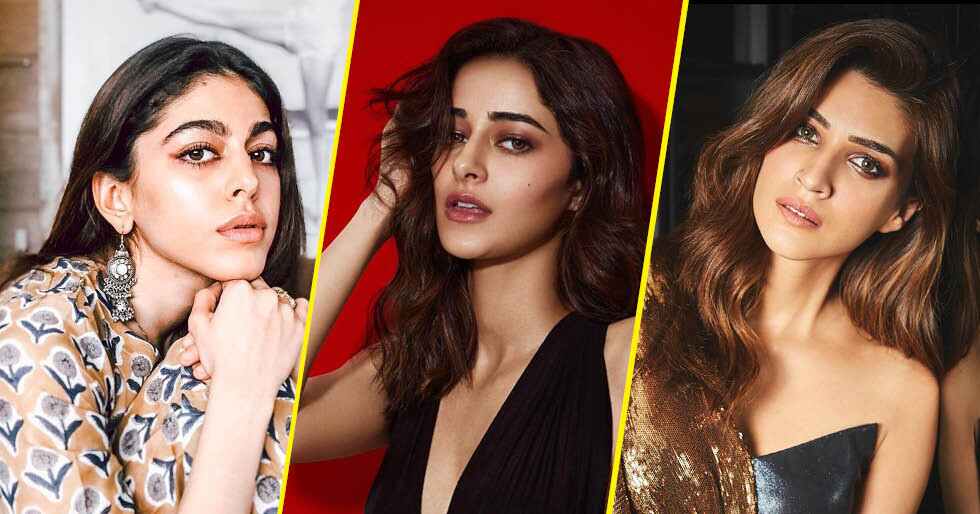 The monochromatic look is back in fashion and it is expected to be the top trend of 2021. But there will be a subtle change in the look. Check how Bollywood divas are doing monochromatic makeup.

Janhvi Kapoor shows how less of red color is more for monochromatic makeup. She’s a little of red on her lids but a little more on her lips. The red hint on the eye highlights the sublime eyeshadow and allows the mascara to play a full role in adding a dramatic effect to her look.

Priyanka Chopra put on this look for the MET Gala but you don’t have to imitate the star as you can modify the look to meet your needs. Here the main focus is on her eyelids that wear a dark wash of matching plum hues. But you can go minimal over lids and lips.

Look how she channels her inner Barbie … Find more 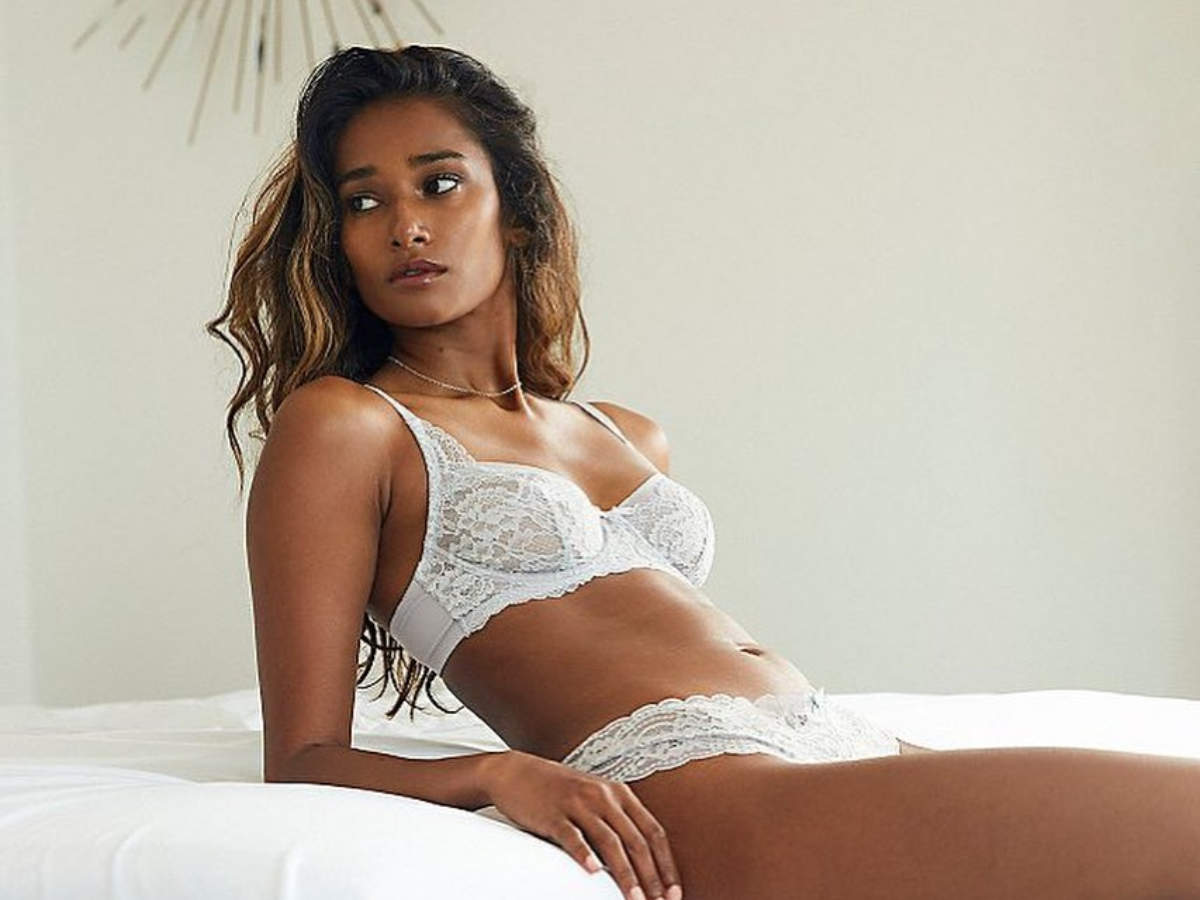 Model Nidhi Sunil is the newest international brand ambassador for L’Oreal Paris. And it is the first time that an Indian model has been made official spokesperson of L’Oreal. Before her, Aishwarya Rai Bachchan, Sonam K Ahuja, and Deepika Padukone had been signed for this role.

Who is model Nidhi Sunil?

She’s a 33-year-old model best known as an influential voice in the fight against colorism. She has a dark complexion for which she faced discrimination in the fashion industry. But she continued her fight against all odds to reach the position where she’s today. She isn’t a B-town girl but she’s graced the covers of all leading fashion magazines like any other B-town diva.

Nidhi Sunil is continuously raising her voice against the conventional beauty norms that allow society to discriminate against those with a dark complexion.

She said that the dynamics of beauty had been changing throughout history but the way modern women define beauty was most exciting to her. She further said that beauty in contemporary times … Find more 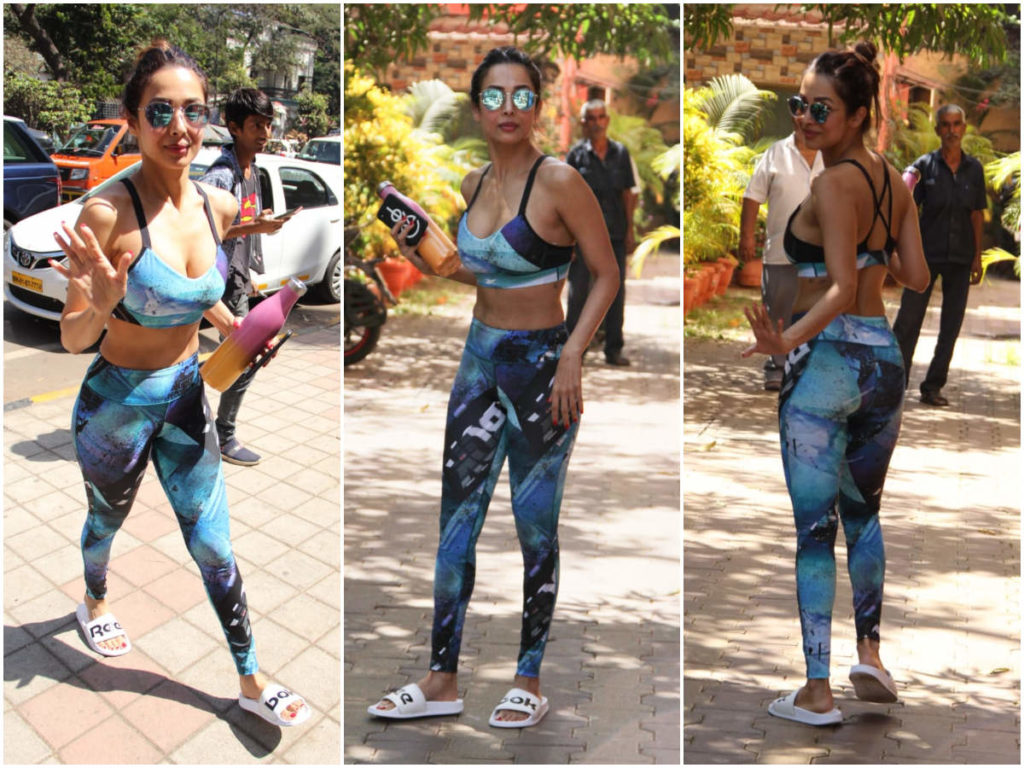 Malaika Arora looks stylish in her new sporty avatar. In Malaika Arora’s recent athleisure looks she has put on a decent Reebok sports bra and paired this outfit with gym shots. And it seems that she’s just come out between her workout sessions for this photo-shoot. She’s her hair tied in a bun and she’s wearing a pair of white Reebok sliders. Also, she’s her mobile and energy drink.

She took to Instagram to share a video with Malaika Arora’s recent athleisure looks & where she is seen working out in a gym and dancing to a popular song on the gym floor. Her Instagram followers find this video very encouraging. They are praising her stylish athleisure look.

Malaika Arora knows how to refresh her athleisure looks.

In the next pic, she’s seen wearing a simple tank top in a very stylish way. She’s tied a knot to the side of the top to give an added edge. Also, she’s paired her top with a pair of Reebok … Find more 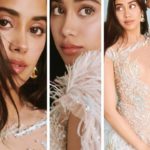 Janhvi Kapoor is busy promoting her upcoming flick Roohi that also features Rajkummar Rao and Varun Sharma. The movie is yet to be released but Janhvi Kapoor has accumulated much fame for her promotional videos and especially for her dressing sense and natural beauty. Here are some of the stunning dresses Janhvi Kapoor donned for promotion of Roohi.

Some of the stunning dresses of Janhvi Kapoor are…

It is a beautiful dress with intricate pastel blue and sliver embellished sequins. But it was the actress that displayed extreme selection of minimum makeup and minimal jewelry that blends well with the heavy featured detailing on the edges. The actress with dewy makeup and a set of drop earrings and diamond bracelet looks like a regal beauty in this pink pastel dress.

It is a deep blue mini dress with a strapless solid deep blue top paired with a sparkly skirt in contrasting color. But the biggest highlight of … Find more

Many B-town actresses have skin that glows as much in real life as in reel life. Yami Gautam, Kareena Kapoor, Alia Bhatt and Nusrat Bharucha are the actresses we are talking about. But the most surprising thing is that they all rely on home remedies to keep their skin glowing.

The best thing about this face pack is its ingredients that are easily available in every home. You need a few drops of honey, some rosewater, glycerine and lemon juice.

Together they all make a face pack you can wear to get glowing skin. The lemon juice will strengthen the defense mechanism of your skin and honey will give the much-needed moisturizer.

It is how you need to wear this face pack….

Since it is a liquid pack, you can massage your skin with gentle hands to press the ingredients against the skin cells. The gentle pressure will help the cells soak the ingredients.

Massage the liquid face pack all over … Find more